George Floyd, a resident of St. Louis Park, Minnesota, died Monday, May 25, 2020 at the age of 46 while in the custody of Minneapolis police officers, which sparked nationwide protests against police brutality. He was born in Fayetteville, North Carolina, and grew up in Houston, Texas. At the time of his death, he worked as a security guard at Conga Latin Bistro.

Arrangements for funeral services in Houston are being made by Fort Bend Memorial Planning Center, which has announced a public visitation will be held Monday, June 8 from noon to 6 p.m. at the Fountain of Praise, 13950 Hillcroft Ave. A private funeral will follow on June 9.

The Minneapolis Spokesman-Recorder reports that a public Minneapolis memorial service will be held Thursday, June 4, from 1 to 3 p.m. at North Central University, 1400 Elliot Avenue. In addition, the Fayetteville Observer reports that a public North Carolina memorial service will be held Saturday, June 6 from 11 a.m. to 1 p.m. at Cape Fear Conference B Headquarters, 10225 Fayetteville Road, Raeford.

Floyd's uncle Selwyn Jones told the Rapid City Journal that Floyd is survived by three children, and that the six-foot-seven "gentle giant" had been a star football and basketball player in high school.

"He was everyone's favorite everything," his cousin Tera Brown told TMX.news.

"Floyd was my brother, we called each other twin," Jackson said in an Instagram post on May 26. In another, Jackson said: "If he needed me, I was there for him… I think he was closer to me than some of my own family."

Floyd's partner Courteney Ross told KARE-11 News in Minneapolis: "He was not only the man I loved, but the man I admired. He taught me how to be a better person."

His childhood friend Christopher Harris told NPR: "If he had a stamp and it had his signature on it, it would be his smile. It literally lit up a room."

"I want people to know that George Floyd was a caring person," his Yates High School football and basketball teammate Jonathan Veal told KWTX News 10 in Texas. "His personality and his heart for others was equal or greater to his physical stature, and he always had a heart to give back."

"Everybody loved Floyd," his employer Jovanni Thunstrom of Conga Latin Bistro told KARE-11. "We all have good memories of him."

The Life of Congressman John Lewis

Lewis was one of the original 13 Freedom Riders, and he was chairman of the Student Nonviolent Coordinating Committee (SNCC) from 1963 to 1966. Lewis was one of the primary organizers of the 1963 March on Washington for Jobs and Freedom alongside Dr. Martin Luther King Jr., as well as the youngest speaker to address the March’s crowd. Two years later, he led the famous 1965 march across the Edmund Pettus Bridge in Selma, Alabama. First elected to the U.S. House of Representatives in 1986, Lewis represented Georgia’s 5th District, encompassing much of Atlanta and some of its suburbs, for 17 terms.

“It is with inconsolable grief and enduring sadness that we announce the passing of U.S. Rep. John Lewis,” his family’s statement said. “He was honored and respected as the conscience of the US Congress and an icon of American history, but we knew him as a loving father and brother. He was a stalwart champion in the on-going struggle to demand respect for the dignity and worth of every human being.  He dedicated his entire life to non-violent activism and was an outspoken advocate in the struggle for equal justice in America.  He will be deeply missed.”

Among Lewis’ most notable moments as a leader of the civil rights movement was the “Bloody Sunday” march across Edmund Pettus Bridge. Intended to be a march from Selma to the Alabama state capitol of Montgomery, the march was cut short when the marchers were met on the far side of the bridge by state troopers and a posse of civilians who had been hastily deputized by the County Sheriff in order to stop the marchers. Ordered to disperse, the marchers stood their ground and began to pray. The troopers and their posse attacked, first with tear gas and then with violence. Lewis was one of the marchers who was severely beaten, receiving a fractured skull and scars that would stay with him all his life. It wasn’t the first time Lewis had been injured in the pursuit of equal rights; as a Freedom Rider, he was beaten more than once by angry civilians who felt threatened by his peaceful attempt to integrate public transportation.

Lewis was unique among the major leaders of the civil rights movement as the only one to go on to a career in national politics. He was one of the most liberal congressmen to represent a Deep South district, and over the course of 17 elections, he only once got less than 70 percent of the vote – when he received 69 percent in 1994. He was Senior Chief Deputy Whip and served on the Committee on Ways and Means. Among the successful legislation he sponsored was the bill establishing the National Museum of African American History and Culture.

Beginning in 2013, Lewis cowrote the graphic novel series “March,” telling the story of the Civil Rights Movement through his own experiences. Written with Andrew Aydin and illustrated by Nate Powell, the series brought history to young readers. The “March” series was widely honored, including a National Book Award for Young People’s Literature for “March: Book Three.” It was the first graphic novel to win a National Book Award, and Lewis was the first member of Congress to write a graphic novel.

“Do not get lost in a sea of despair. Be hopeful, be optimistic. Our struggle is not the struggle of a day, a week, a month, or a year, it is the struggle of a lifetime. Never, ever be afraid to make some noise and get in good trouble, necessary trouble.” —@repjohnlewis on Twitter, 2018 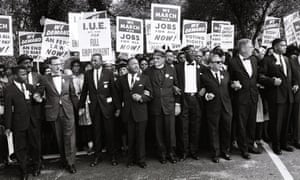 God in His infinite wisdom decided it was time for His Servant Earline Darthel Floyd Lemon to receive her wings on Saturday, December 29, 2018.     Earline was predeceased by her parents James Cooper and Ella Mae Floyd, her son, John Lemon, Jr. and beloved, husband John Lemon Sr.  Earline received her early education in Waycross, GA, graduating high school in 1949. After graduating she choose to start a new life in Wilmington, Delaware.  She experienced her first snow storm and to her amazement was ready to return back to Waycrosss.  Earline met John Lemon which persuaded her to stay in Delaware. They had 65 years of Holy Matrimony and from that union were blessed with six children.     Earline was employed by Wilmington Hospital and St. Francis Hospital for several years. She decided to stay home with her children and started a nursery in her home. She provided a sense of security for many parents, knowing they were receiving exceptional child care services.     Sister Earline Lemon became a Christian at the early age of 13. She joined Harrison Memorial Baptist Church in 1960 and was an active member until her health began to fail. She still pushed forward when she could. She was President of the Missionary Auxiliary and Director of the Youth Department for many years.     Earline leaves to cherish her wonderful memories three daughters: Deborah,  Veronica and Linda; two sons: Kenneth and Carl (Gina) of Releigh, NC; two granddaughters: Atiya and Tamera; four grandsons: Jermaine (Shayne), John III (MiGan), Darius and Ryan; six great grandchildren: Imani, Skylar, Kennedy, Taylor, Scott, and MyAsia; God Daughter: Keisha Donaldson; two devoted friends: Patricia McManus and Frankie Hallman; nieces, nephews, cousins and many friends. 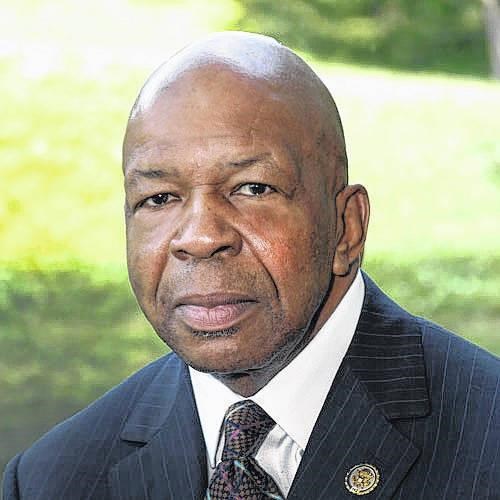 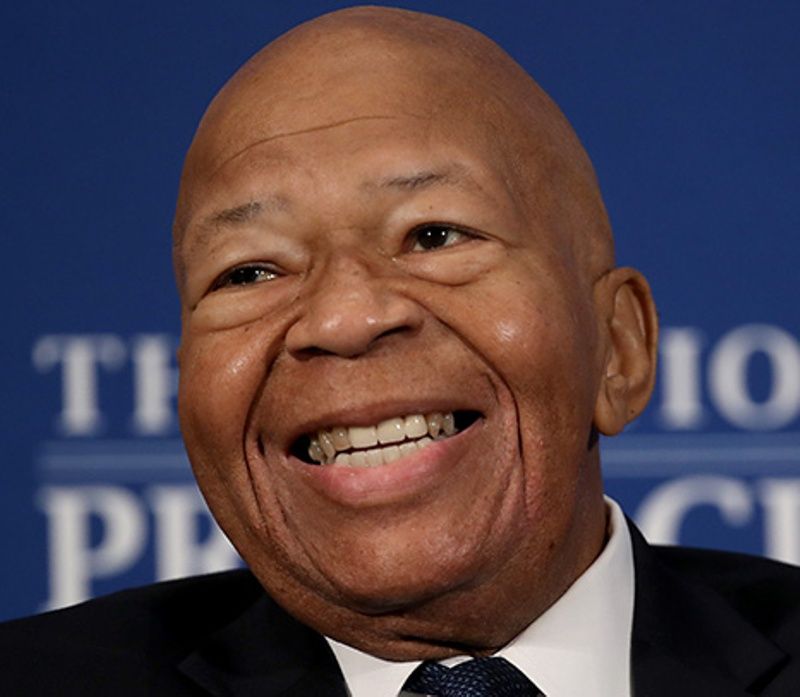 His funeral service was held Friday at New Psalmist Baptist Church in Baltimore. 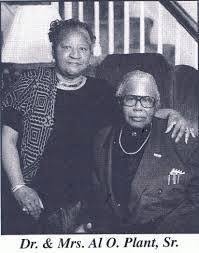 State Representative Al O. Plant, Sr., a servant of God and the people, son of Mrs. Lula B. Plant Wright and the late Mr. Ollis Plant, departed this life on Monday, December 4, 2000 in the Wilmington Hospital after a heart attack in front of his home. He has left as a legacy, a life of service, dedication, and vision. 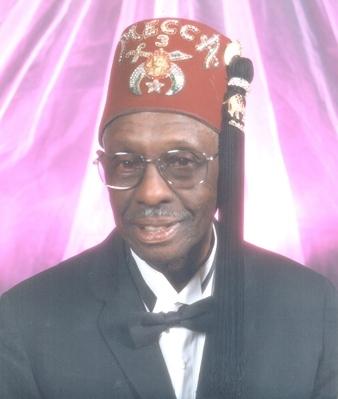 Charles Henry Davis
"Uncle Bud"
AGE: 87 • Wilmington
Mr. Davis was born to Elwood Davis and Lillian Cale Davis on July 10, 1927 in Summit Bridge, Delaware. His life ended on Wednesday, August 27, 2014 at the Wilmington Hospital.
Charles was affectionately known as "Uncle Bud" by his family and many friends. 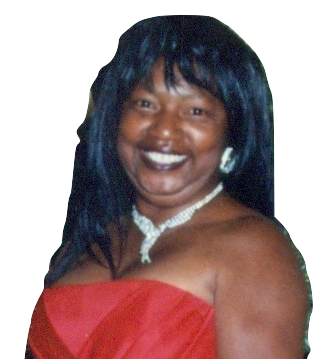 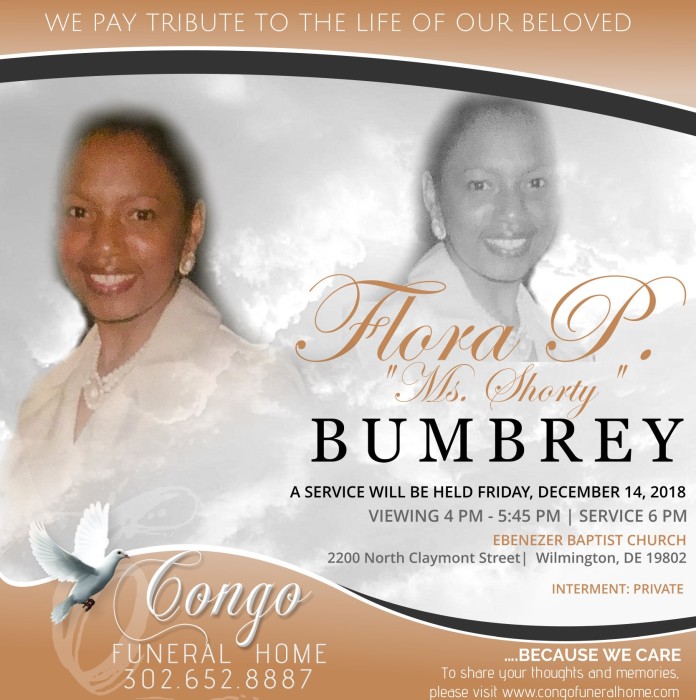 Never forgetting your Loved One

Memorialising your Loved One

Life celebration activities can also revolve around an activity that will memorialise the family member, friend or loved one who has passed. This may be planting a tree, a grove or a garden in memory of the loved one; a beautiful rose grove or arbour can be a lasting memory of someone who love the softer, more gentle things in life or who loved the wonder of life. These places can then become special locations for those who want to visit and remember the loved one, years on from when they passed. Celebrating the life that has ended through planting and fostering new life and growth is something that is incredibly healing and soothing.

For those who loved to ‘think big’ or loved astrology, dedicating a star to your loved one may be a wonderful and permanent reminder of them. There are many companies who offer packages that include a certificate that a particular star has been dedicated to your loved one, with a date, the coordinates of the star and your loved one’s name. In celebrating a life in this way, you can gather family and friends for a meal or refreshments and view the dedicated star after the sun has set.

A simpler, but very personal and meaningful idea to celebrate a life is gathering family and friends and asking guests to write their favourite memories of the loved one who has passed on cards or in a memorial book. These can then be 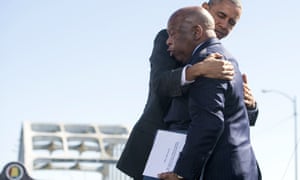 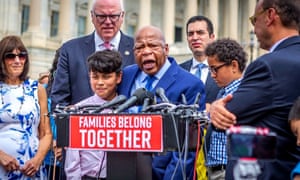 Lewis was one of the 13 original Freedom Riders, organised by the Congress of Racial Equality (Core). Because interstate bus travel was regulated by federal law, which prohibited segregation, the riders looked to force the issue while travelling through southern states in 1961. While trying to use whites-only facilities in a bus station in Rock Hill, South Carolina, Lewis became the first rider assaulted, as two men beat and kicked him.

Obituary
Trina Emory was born to Sharon Emory and Henry Benson on June 26, 1979 in Wilmington, Delaware.  She went home to be with the Lord on August. 26, 2017.

She leaves to cherish her memories, her children, Keith and Keiajah Webb, and Alexis and Ahmere Ballard; her parents Sharon Emory and Henry Benson; her 2nd mother Deborah Harris; 7 brothers; 1 sister and a host of other family and friends.

Interment will be in Silverbrook Cemetery, 3300 Lancaster Pike, Wilmington, Delaware 19805 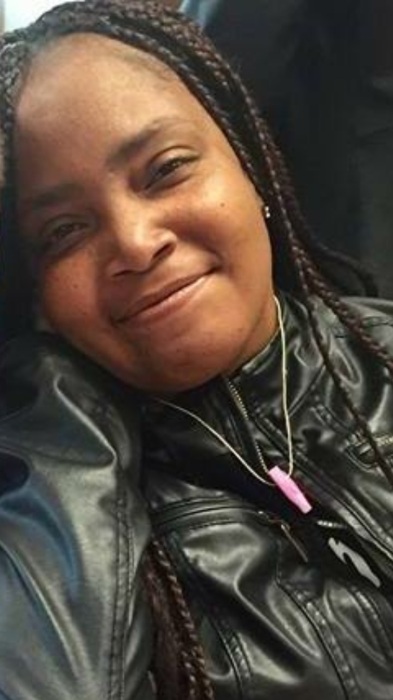